Music producer, Larry Gaaga has sparked dating rumors with actress, Ini Edo by sharing a loved-up photo of them.

Ini Edo and her alleged lover, Stanley Ugochukwu went their separate ways earlier this year even after they had planned to tie the knot.

It appears the actress has moved on if the photo on Larry Gaaga’ IG page is anything to go by.

In the photo, the music producer held on to Edo’s waist and he wrote;

“The SECRET of change is to FOCUS all your ENERGY,not on FIGHTING the OLD,but on BUILDING the NEW
My mandy👸❤️💯 @iniedo 💋”

See the photo below: 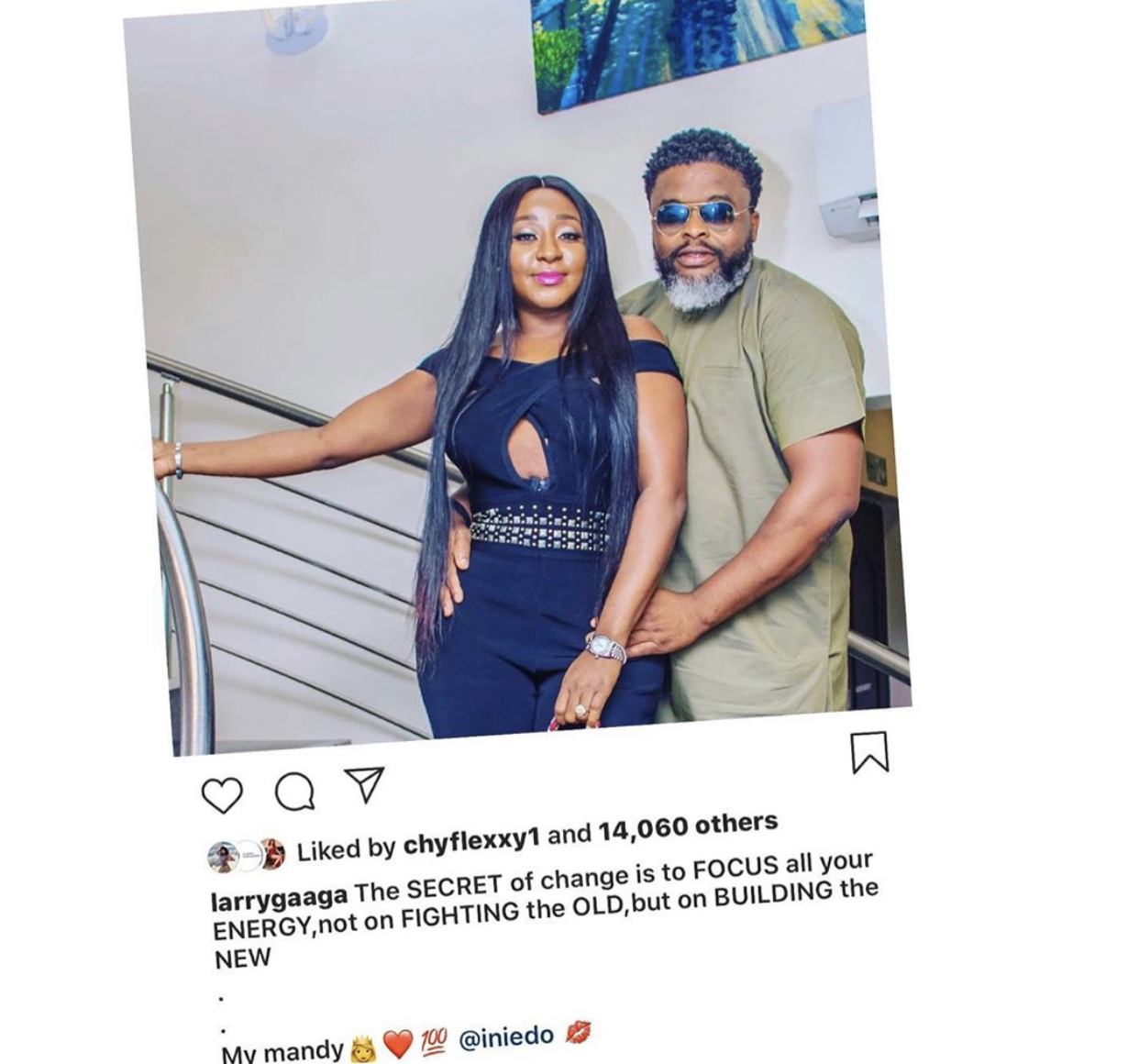 Blac Chyna took to her page to share these new photos of herself posing in a sexy one-piece swimsuit that showcased her massive backside.   See full photos below.

Burna Boy and his mother Bose Ogulu continue to inspire mother-son goals. The singer was recently up for a Grammy award and for the ceremony proper, he stepped out in a regal, patterned two-piece suit styled by Ronami Ogulu, which he accessorized with his signature Fela Kutidiamond pendant around his neck. ‘Mama Burna’ looked absolutely […]

DJ Cuppy Challenges UK Rapper Stormzy To A Monopoly Game With A Bet Of N1.8Million, He Reacts

Popular disc jockey and Philanthropist, DJ Cuppy, has challenged British rapper, Stromzy to a game of monopoly. The “Gelato” singer who has been sharing photos of her game with various players took to her Twitter page to challenge the rapper to the popular game and placed a bet of £5,000 which is approximately 1.8 million naira. […]