At least one person has been confirmed dead as residents of Sagamu, Ogun state took to the streets to protest the murder of Remo star football club, Tiyamiyu Kazeem, on Saturday February 22nd.

Kazeem who was fondly referred to as Kaka, was reportedly killed along the Abeokuta-Sagamu Expressway after he was arrested by operatives of the Zonal Intervention Squad in the Obada area of the state.

This morning’s protest turned violent in no time, leading to the death of one of the protesters. They marched to the Palace of the Akarigbo and the Paramount Ruler of Remoland, Oba Babatunde Ajayi, demanding justice for the deceased.

Armed policemen have been deployed in the town to forestall a breakdown of law and order. 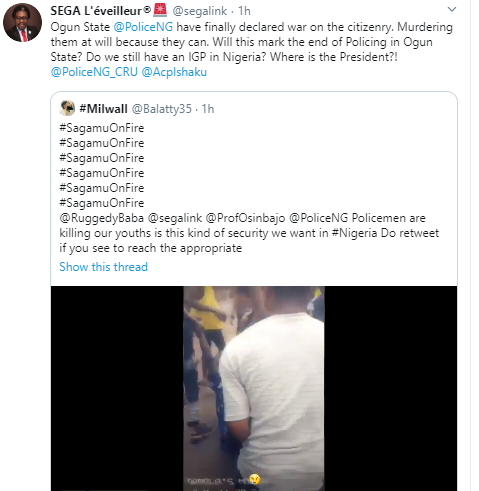 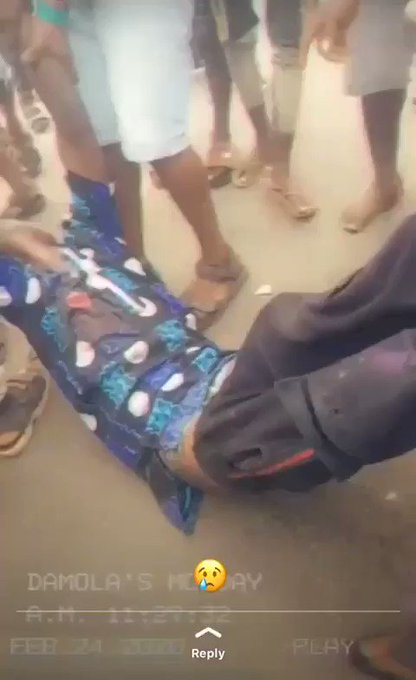 Pastor Chris Oyakhilome explains the relationship between Coronavirus and 5G, says it is part of the Antichrist’s plan for a new world order (video)

Pastor Chris Oyakhilome has weighed on the controversy surrounding the 5G network amid the Coronavirus pandemic, which has crippled activities in many countries around the world.   The Founder of  Believers Love World a.k.a Christ Embassy who was preaching to his congregation on a live TV program, stated that the pandemic was created in order to popularize the […]

A Kenyan actor, Dan Sonko has spoken out for the first time after moving on with another woman following his wife’s death. He is currently dating a fellow actor Winfred Bwire (pictured right), who is his late wife’s best friend.     His wife passed away in 2017 after giving birth to their second child […]

Inspector General of Police, Adamu Mohammed, has reacted to the killing of Kazeem Tiyamu, a player with the Remo stars Football club, after a faceoff with SARS official in Ogun state on Saturday February 22nd.   A statement released on the force’s verified Twitter handle, says the IGP has ordered the DIG in-charge of the FCID, […]