Davido and Chioma have authoritatively slammed an Internet troll who tried to Speak ill on their relationship.

Following the news that Davido’s album ‘A good time’ has gone platinum, Chioma reacted to the moment as she gushed over her soon-to-be husband.

The chef had tagged Davido as her husband, only to be reminded that she is merely the mother of his child as the couple have not gone beyond the introduction stage.

Reacting to that, she stamped her statement even more as Davido also called her “Iyawo Mi” 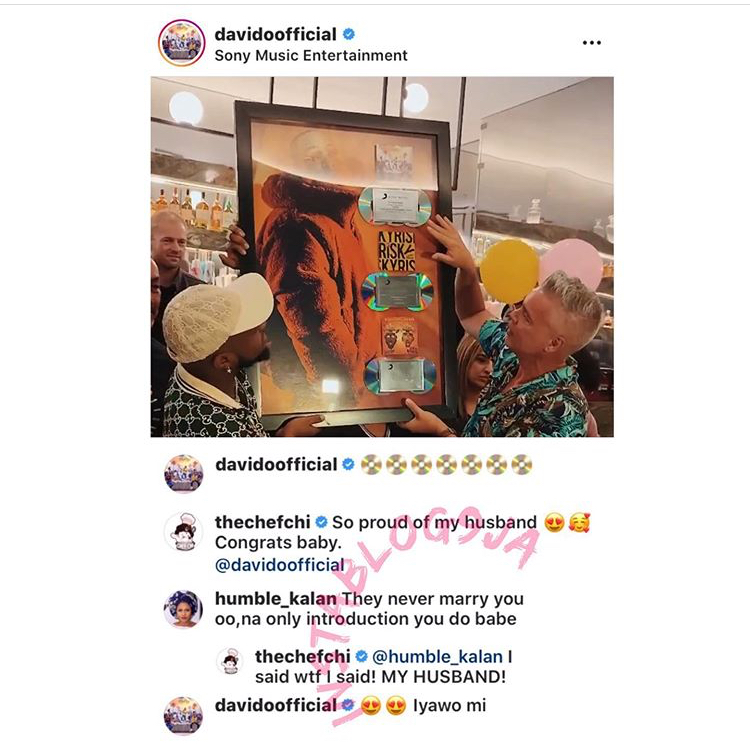 Apparently, American rapper Snoop Dogg is a big fan of the Big Brother Naija reality TV show, or at least, he is a fan of Diane Russet. Recall that Diane’s trending sleeping picture went viral when she was in the BBNaija house, making her the object of memes on social media.   And just when […]

Nollywood actress Tonto Dikeh’s ex-husband, Olakunle Churchill recently shared a throwback photo and fans noticed the striking resemblance he had with his son, King Andre. The entrepreneur shared a photo from his childhood and it is great to see that there is so much resemblance from his younger and older self. In the photo posted […]