Canadian-American actress, ‘s ex-husbandPamela Anderson, Jon Peters, has claimed he paid off her $200,000 debts and bought her a new wardrobe during their 12-day marriage.

‘Everything she told you was a lie,’ the 74-year-old called himself ‘an old fool’ in an email to Page Six.

‘I welcomed her into my life with open arms and love since I have looked after her for many years,’ he wrote. ‘I paid… [her] bills since she was broke. I bought her a completely new wardrobe.’ 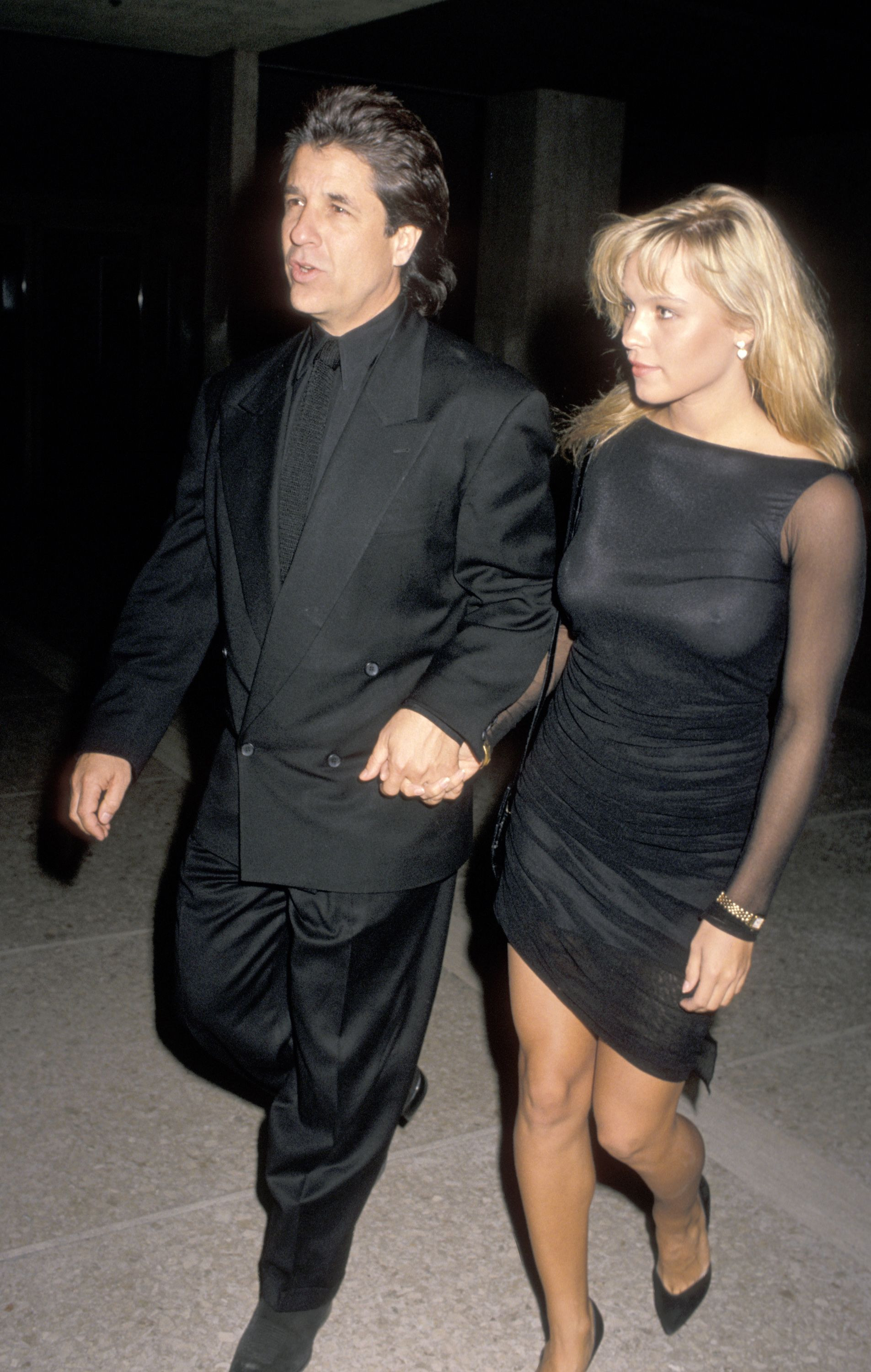 Refuting claims he had asked the Baywatch star to be his wife, he instead claimed the 52-year-old proposed to him – via text.

He wrote: ‘When she texted me that she wanted to get married, it was kind of a dream come true even though I was engaged to someone else and the lady was moving in.

‘I dropped everything for Pam. She had almost $200,000 in bills and no way to pay it so I paid it and this is the thanks I get. There’s no fool like an old fool.’

Five times married Pamela married the 74-year-old Hollywood mogul in a private ceremony in Malibu on January 20. The pair, who first dated for more than 30 years ago announced their split just 12 days after their wedding.

This comes days after it was revealed that Peters ended his ‘beautiful amazing love fest’ with Pamela via text message.

He allegedly wrote: ‘This whole marriage thing … has scared me. It made me see that at 74 I need a simple quiet life and not an international love affair.

Therefore, I think the best thing we can do is that I’m going to go away for a couple of days and maybe you need to go back up to Canada.

‘The world knows we did it and I think now we need to go our own separate ways. I hope that you can forgive me.’

Stunning entrepreneur and former Miss Nigeria UK, Dabota Lawson, has just acquired a Lexus LX 570 car for herself. The former beauty queen took to Instagram to flaunt her new whip, which came with a lot of celebration. In the video shared, Dabota could be seen dancing as an instrumentalist provided music in celebration of […]

On Friday, October 4, 2019, Nigerian rave-of-the-moment, Rema released another 4-track EP, ‘Bad Commando.’ It came with rudimentary sounds capable of making a young artist attractive to a larger audience. It is Rema’s most experimental project yet. It was also risqué. Produced by OVO’s Oliver El-Khatib, 1Mind, Altims and Hunter, genres include, latin pop, trap, synth pop/hi-life and trap. It […]